Back to FAQ Main Menu

Are the tires manufactured and used on trailers different than the tires on my car or truck?

Yes. There are some tires that are specially designed to be used on trailers. These tires include the letters "ST" in the size specification that is listed on the sidewall. The "ST" stands for "special trailer." ST trailer-designated tires have a stronger sidewall than an automobile or truck tire and can handle higher air pressures and higher loads.

Is it important that I keep the correct amount of air pressure in my trailer tires?

If a trailer tire is inflated to a lower air pressure than the maximum, the amount of weight that the tire can carry will be reduced. If a heavier load is put on the trailer tire than what is recommended for that air pressure, the sidewall of the tire could overheat and cause the tire to fail.

It is important that you always inflate your tires when they are cold. It is also important to remember that if a tire is overinflated, it will wear more in the center of the tread, completely around the tire. If a tire is underinflated, it will wear on the outside edges of the tread, completely around the tire. Maintaining the correct air pressure in your trailer tires can substantially increase tire longevity.

What is the significance of ply rating and load range when I am choosing the correct tire for my trailer?

The load range branded on a tire’s sidewall identifies how much load the tire is designed to carry at its industry-specified pressure. Trailer tires feature named load ranges that ascend in alphabetical order (B, C, D, E, F, G, H). Letters further along the alphabet identify stronger tires that can withstand higher inflation pressures and carry heavier loads (for example, a D rating is stronger than a C rating).

Many years ago, the “ply” was a literal numeric description of the number of layers of body ply layers of cotton fabric used in a given tire. Advanced technology and development of higher strength nylon cords allowed the tire manufacturer to use fewer body plies, yet maintain strength of the tire body.

Most modern tires have only one or two body plies, and trailer/truck tires, even those with heavy-duty ratings (10-, 12- or 14-ply rated), actually have only two or three fabric plies, or one steel body ply. Listed below are today’s common tire load ranges and the equivalent “ply rating” of each:

Is there a designated speed rating for ST Tires?

Yes. Special trailer tires are usually rated to operate at a maximum speed of 65 mph. If you exceed 65 mph, the tire may overheat and fail. If a tire is rated to run at a higher speed than 65 mph, this information will be listed on the trailer's sidewall.

Is it important that I use “matching tires” when hauling and using my trailer?

Yes. You should always use tires of the same size, load range, and construction on a trailer. If your tires don't match, you could experience problems of overloading and overheating, which can lead to tire failure and result in both equipment damage as well as in bodily injury.

What are DOT tire ID numbers?

The Department of Transportation (DOT) identification number code is stamped on one side of the tire, near the bead. The code starts with the letters "DOT" and then has two numbers or letters to identify where the tire was manufactured. The last four numbers represent the week and year the tire was built. For example, the number 0410 means the fourth week of 2010.

What are the different types of tires that Redneck sells for my trailer?

Bias, or cross ply construction tires, utilize body ply cords that extend diagonally from bead to bead, usually at angles in the range of 30 to 40 degrees, with successive plies laid at opposing angles forming a crisscross pattern to which the tread is applied.

This design allows the complete tire body to flex easily, providing the main advantage of this construction – a smooth ride on rough surfaces. The cushioning characteristic of bias tires also causes its major disadvantages, which are increased rolling resistance and less control and traction at higher speeds.

Predecessor to the radial, a belted bias tire starts with two or more bias-plies to which stabilizer belts are bonded directly beneath the tread. This construction provides a smoother ride that is similar to the bias tire, while lessening rolling resistance because of the belts’ increased tread stiffness.

The “belted” tire starts with two main plies of polyester, rayon, or nylon angled as in conventional bias tires, and then placed on top are circular belts that improve performance compared to nonbelted bias tires. These circular belts may be fiberglass or steel.

In today’s trailer applications, the belted bias tire offers the economy of a bias tire, with the added benefit of tread stability and reduced rolling resistance (best of both bias and radial characteristics).

A radial tire is built with plies that cross the crown of the tire at an angle of 90 degrees. Radial tire construction utilizes body ply cords extending from the beads and across the tread. These cords are laid at approximately right angles to the centerline of the tread, and parallel to each other, with additional stabilizer belts directly beneath the tread. The belts may be nylon cord or steel.

The advantages of radial construction include longer tread life, better steering control, and lower rolling resistance. Disadvantages of the radial tire include a harder ride at low speeds on rough roads and reduced traction at low speeds.

How do I determine which wheel I need?

A great deal of consideration should be given when selecting trailer wheels. Whether it is for a landscape trailer, cargo trailer, RV, or travel trailer, it’s extremely important that you choose the right wheel for your specific trailer demands.

Unusual axle configurations, unequal force and offloading, or overload conditions can cause premature failure of wheels, tires, and/or other parts. Here is an example designed to help you choose the right wheel:

If your trailer has a 3.5K (3,500 lb) axle, you need to make sure each wheel is rated at 1,750 lbs. Therefore, when you combine the rating of two wheels they equal 3,500 lbs. It is important to remember that the combined wheel rating must equal or exceed your axle’s capacity.

How do I determine wheel bolt pattern?

What is wheel offset and how do I determine?

Wheel offset refers to the location of a wheel's rim in relation to the wheel's center disc. The rim can be centered on the disc or it can be offset to either side. The position of the disc inside the rim determines where the tire lines up – either closer to or farther from the vehicle or trailer on which it is mounted.

Trailer wheels usually have zero offset, meaning that the rim of a trailer wheel lines up directly under the center disc of the wheel. This alignment puts the tire directly over the center of the disc, giving the wheel and tire combination the greatest ability to handle load.

To determine if your trailer wheels have an offset, remove a wheel from your trailer and measure from the mounting surface of the wheel disc (where the wheel mounts to the hub) to the inside and outside beads. The difference between these two measurements is the offset.

Because some trailer wheel offsets can be as small as 5 mm, they can be difficult to measure. If you can't measure the wheel, contact your nearest Redneck branch for assistance.

How do I measure rim width?

How do I measure rim diameter?

These are “wheels” that have no center. They use rim clamps to hold them on the hub or drum. They were commonly used on mobile home axles years ago. You still see them on some equipment trailers but they are used infrequently today.

Are all the wheels Redneck sells imported, or does Redneck have an American-made wheel?

Redneck offers both an import wheel as well as a US-made wheel by Dexstar.

How do I determine which hubcaps will fit my wheel?

There are no industry standards for which caps fit which wheels. Refer to the Redneck catalog for specific hubcap/wheel fit information.

What is the standard warranty on the wheels that Redneck sells and how do I handle a warranty claim on a wheel?

Steel wheels have a two-year warranty from the date of purchase to the original consumer.

Hi-Spec aluminum wheels have a one-year cosmetic warranty and a lifetime warranty on structural integrity.

Allied aluminum wheels have a two-year warranty from the date of purchase to the original consumer.

For any additional warranty information, contact your nearest Redneck location.

What is a Steel-Belted Bias (SB-Bias) Trailer Tire?

This is the descriptive name of a superior bias series tire line. The SB-Bias tire has an added steel cap ply between the tread and cord body of the tire. The SB-Bias tire provides a flat, wider footprint on the road surface, which promotes even tread wear and longer tread life. Other benefits include increased durability, decreased rolling resistance, improved sway control, and increased puncture resistance. 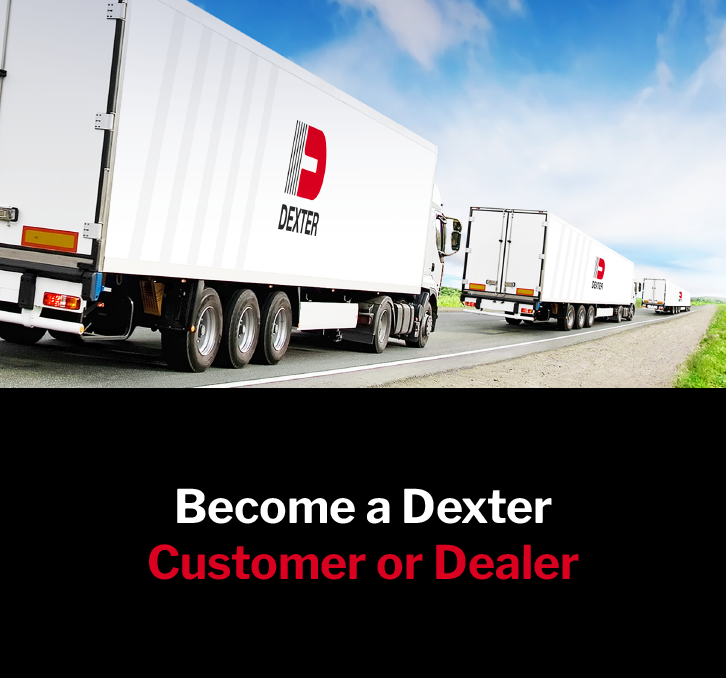 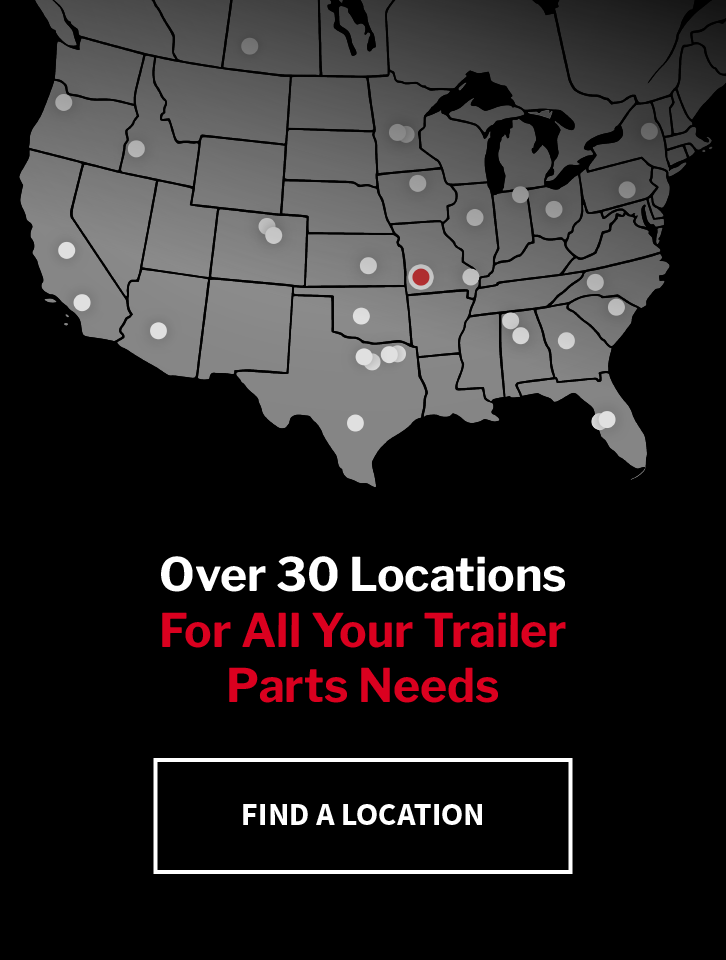 BEST SELECTION IN THE INDUSTRY